Can You Cut Cast Iron With Plasma Cutter? (Alternative Methods)

Plasma cutting technology is widely used for handling many different duties in a manufacturing context, and it is possible to cut all sorts of materials including aluminum and stainless steel using it.

A question many ask is whether a plasma cutter can be used in conjunction with cast iron, so let’s answer this and discover more about this particular material in the process.

What is cast iron used for?

Cast iron is a type of iron that is made by melting pig iron and then casting it into a mold. It is used for making things such as cookware, cast-iron pipes, and cast-iron skillets.

It’s a durable material that can withstand high temperatures, making it ideal for cookware. It also has a relatively low price tag, making it a popular choice for home improvement projects.

Can you cut cast iron with a plasma cutter?

Simply put, it is possible to deploy plasma cutting capabilities in combination with cast iron and achieve the desired results, although there are some caveats to consider.

Because the main requirement of plasma cutting is that the material in question is capable of conducting electricity, cast iron very much falls into this category.

So while things like wood and glass will not be suitable for use with a plasma cutter, and even metals like tin and lead are not compatible, cast iron will fit the bill.

Furthermore, by finding a second-hand plasma cutter table for sale, it could be a more affordable option than you might think.

The main downside is that a plasma cutter might not be the most clean and consistent way to get straight cuts out of cast iron, and we’ll discuss some alternatives later on.


Is cast iron the same as other metals?

As mentioned, cast iron is conductive, hence its ability to be cut by a plasma cutter. It is significantly more conductive than some of its counterparts, including tungsten, manganese and mercury.

It is also different to some of its counterparts which are conductive in various ways. For example, it contains more carbon than steel, and is more brittle because of the impurities that are present within it, which also give it significant compressive strength.

Iron is also susceptible to rust, with this type of corrosion not being found in more heavily processed and refined metals.

Are there other ways to cut cast iron?

Cutting cast iron is achievable in a variety of ways, aside from the plasma cutter approach covered earlier.

In the case of a cast iron pipe, for example, it is possible to use a basic hacksaw, although this is not advisable because of the time and effort it will require.

A powered saw will get you through this material faster, so long as you have the appropriate blade attached to it. Reciprocating saws with diamond blade tips can make light work of this, although they are costly and require expert operation to use effectively.

An alternative is to use a snap cutter, which again has diamond blades that are able to take advantage of great pressures and the brittleness of cast iron to create clean brakes along the desired lines.

Modern laser cutting solutions can also be put to work on cast iron items, and because no physical contact is made between the tool head and the material, damage and waste are minimized. The cost is again the downside of this approach, although as this tech matures it is becoming more affordable.

Water jet cutters, which use high pressure streams of water, often combined with abrasive materials, are also capable of being put to work on cast iron.

Like many of the other methods discussed, this will work best when the cast iron is in plate form, as thicker pieces will prove tougher to cut consistently, and will also not be justifiable from a cost perspective.

As you can see, cutting cast iron can be done in a number of ways, and a plasma cutter is just one avenue to explore if you have projects involving this material on your slate.

It’s just a case of considering the kinds of cuts that you want to make, as well as the budget that you have available for achieving this, in order to come to a decision as to the best route forward. 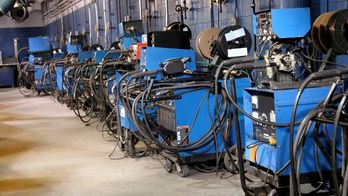 Curious Minds Want To Know: Can You Weld Brass To Steel?

Can you weld brass to steel? This article will help you understand the differences between brass and steel and how to weld them together. 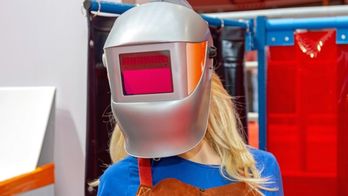 The Importance Of Eye Protection For Plasma Cutter Users

A plasma cutter is a powerful tool that can be used to cut through steel and other metals. This guide will teach you the importance of eye protection. 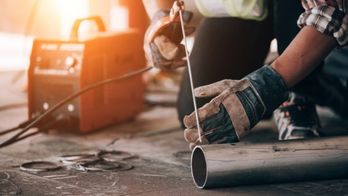 What Is The Best Flux Core Welder Under $300?